My husband is great at trimming bushes and hedges. All of our neighbors would knock on our door to ask him if he could just do it for him.

How to Trim Bushes

What to Use for Trimming Bushes and Hedges

Before you get to trimming, you need to know the best tools to use. This differs for bushes and hedges, so make sure you choose according to what you’ll be trimming.

There are a few things you can use for trimming bushes.

Pruning shears are little handheld tools that look similar to scissors. They can be used for bushes, shrubs, vines, flowers, and even trees.

For bushes, we specifically recommend bypass shears which act like scissors and can cut off excess growth, including leaves and stems.

You may want to try a pruning saw if you need to be cutting branches. These can cut branches up to 5 inches in diameter, so if your bush has thicker branch types, then this is a handy tool to use.

A lopper is great for bushes, too. This works on branches up to 2.5 inches thick, so it’s not as intense as a pruning saw. Loppers are especially useful on fruit and nut trees, as well as vines.

Hedge shears can be used for both hedges and bushes, making them very versatile. You can also use them for shrubs, evergreens, and perennials.

When trimming hedges, there are a few tools you may use. Check out which each one is for, as this will determine which is best for you.

You can also use hedge shears for hedges. As mentioned, they are versatile tools that can be used for both trimming back leaves but also branches up to 2.25 inches thick, depending on the shears you choose.

For big jobs that require even and quick results, you should go for a powered hedge trimmer. These are available as gas or electric.

If choosing electric, you’ll have both the option for corded and cordless. These are easy and fun to use, but they are also sharp and dangerous if you don’t use them properly. Always follow safety precautions and read the user manual before starting up the tool.

How to Trim Bushes

Let’s look at a step-by-step guide to get those bushes trimmed and tidy.

When pruning, start with the oldest and largest branches and work your way back. This will help you keep everything to the same height.

How to Trim Hedges

That’s all there is to cutting with hedge shears. They are not for a full hedge haircut but rather trimming overgrowth. You will want to go in with a powered hedge trimmer for the full cut.

When trimming overgrowth with hedge shears, make sure to keep the base of the hedge wider than the top so that the sunlight can get through to the bottom branches.

This is what you should use for a full hedge trim. It’s quicker and much more effective.

When Is the Best Time to Trim Bushes and Hedges?

It’s best to trim your hedges when the sun isn’t too intense. A cloudy day is preferred, but otherwise, choose early morning or late afternoon. This is so the sun doesn’t burn the freshly cut ends of the branches.

In terms of when is the best time during the year, any time is fine except nesting season in case there are birds living in your hedges. You may have to trim your hedges a few times. Once at the end of winter and at the end of summer is ideal.

Can Trimming a Bush Kill It?

If you do it wrong, yes, you can kill a bush by killing it.

In general, you should avoid trimming or pruning a bush in the fall time. The freshly cut ends may die as the temperature drops. It will also not grow back, which may have been your intention when you pruned the bush. This is because plants don’t use the same energy in the fall.

A bush can also die if you make a flush cut. A flush cut is when you take off a branch flush with the bark or with a larger branch attached (1). This takes away the branch collar that provides essential tissue for a seal to form over the pruning cut. Now, the plant cannot heal and you have a flush cut. This is an ideal place for bugs and other diseases to enter and kill the plant.

How Far Back Can I Trim My Shrubs?

You should cut back to healthy buds that are facing outwards. Make sure there are dormant buds below your cut; this is how plants recover and flower again. If you cut below these dormant buds, you won’t get new growth.

Also, make sure to cut back damaged, old, badly growing, and diseased sections no matter where they’re at in the bush.

Can You Use a Chainsaw to Trim Hedges?

You can, but it’s not recommended since it’s not as effective. It won’t give you the same precision that hedge trimmers do. A chainsaw is designed for tougher jobs and trees.

What is the Difference Between a Hedge Trimmer and a Hedge Cutter?

You may come across the term “hedge cutters” during your research. These are different from hedge trimmers in many ways. Firstly, they are for more heavy-duty jobs since they’re more robust to deal with bigger and thicker hedges and branches. They have big blades for chopping and cutting rather than shaping and trimming.

Is It Ok to Cut Hedges In Winter?

Late winter is a good time to cut your hedge. This is before new growth begins, after really cold temperatures, and before nesting season. If it’s too cold though, you can kill a hedge since the freshly cut branches cannot survive.

Each hedge is different because there are various types. Check the specific type of hedge you have and the general guidance for trimming and pruning.

Does Trimming a Hedge Make It Grow Thicker?

Another thing you can do is prune the branches and remove excess wood in your hedge. This allows the hedge to grow in various directions, which allows for a thicker appearance.

How to Maintain Hedges

Having a hedge as part of your outdoor area is a lovely thing. It’s important to maintain the hedges, so they remain healthy all year round. Here are our top tips:

Just make sure to use the right tools, follow the instructions well, and don’t forget to maintain the bushes and hedges between trimming. 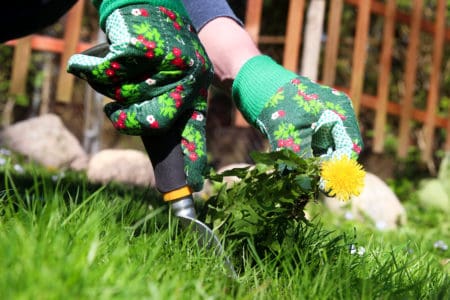 Types of Weeds: The Good, The Bad and the Medicinal 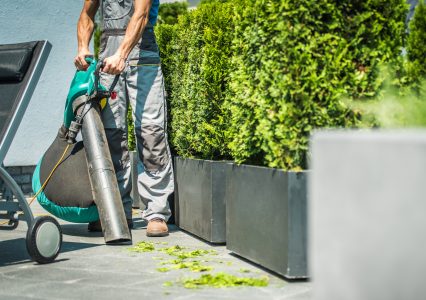 The Best Leaf Vacuums for Your Yard (Top Seven Picks) 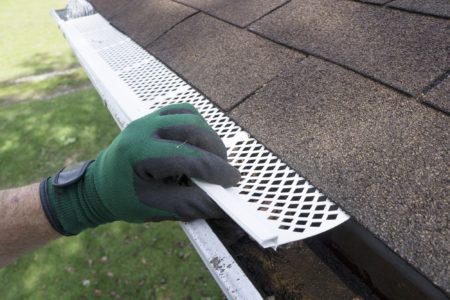 The Best Gutter Guards for Any Home 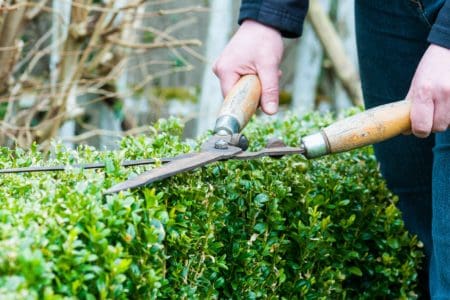 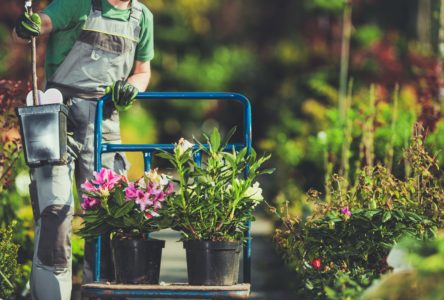 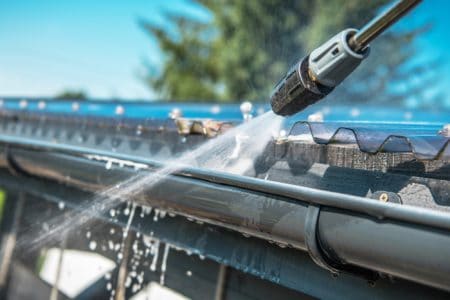