Have you opened your drawers to find nothing but a cluttered mess? It makes it hard to find clothing to wear. If you know the techniques for folding clothes correctly, you’ll never struggle to keep your clothing organized in your drawers.

So today, we’re discussing how to fold clothes to save space.

If you love T-shirts, then you likely have quite a few. Here’s a quick hack on how to fold your T-shirts so they fit neatly in your drawers.

Lay your T-shirt down on a flat surface.

Fold one arm in at the armpit seam and then fold the shirt lengthwise towards the center. Do not pass the center.

Repeat on the other side so you now have a long rectangle.

Take the bottom of the shirt and fold it up a third and then fold it once more bringing the bottom fold to the top. Smooth your T-shirt. Now it’s ready to place in the dresser.

Do you know how to fold shirts in a space-saving way without it wrinkling? While most people hang their dress shirts, packing requires you to fold your clothing.

The first step to folding a dress shirt is to fasten all the buttons from top to bottom.

Lay your dress shirt down on a flat surface so that you’re able to easily fold your shirt without causing wrinkles.

Now repeat with the same fold on the left sleeve. You will now have a long rectangle.

Grab the bottom of the shirt and bring it about ⅓ of the way up the shirt. The buttons should be on the inside of the folds. Now you will fold the shirt again. You want the folded part of the shirt to reach the shoulder.

Turn the shirt over. It’s ready to be gently placed in your drawers.

The trick to knowing how to fold pants to save space is to be aware that there are two types of pants that you will need to fold. Some pants such as jeans do not have a crease, while other pants do have a crease running down the front of the leg.

Pants without Crease or Jeans

Make sure that the fly is zipped, buttons are buttoned, and pockets are flat before you begin folding. Lay the pants flat on a large flat surface.

Fold the pants in half lengthwise. You want the front pockets or the back pockets to meet. Ensure that the seams are lined up, as this will make for a neater fold.

Now fold the bottom hem of the legs up to the back pocket. Then fold once more so that the pants are folded into thirds.

Pants with a Crease

Pants that have a crease line on the front need to be folded on the crease. This ensures that the pants don’t wrinkle and that the crease stays defined and neat for when you want to wear it.

Lay your pants down on a flat surface. Zip the fly, fasten any button or hooks, and push the pockets flat.

You should have an accordion-like fold in your pants. Make sure that the creases, seams, and hems line up smoothly.

Fold the pants in half by bringing the bottom of the legs up to the top of the pants, as one fold will help prevent horizontal creases in your pants. Put the clothes in your drawers.

Sweaters are bulky items that are best folded and stored in a basket, on a shelf, or in a drawer.

Lay the sweater face down on a large flat surface.

Fold one sleeve towards the center across the body. Repeat for the other side.

Fold the right side to the center of the sweater, then repeat it on the left side.

4. Fold Sweater in Half

Bring the bottom hem up to the top of the sweater so that the sweater is folded in half. Now turn the sweater over. It’s ready to be stored.

Folded socks don’t take up as much room as socks tossed into a basket. Plus, you’ll have an easy time finding pairs since the pairs will be folded together.

Lay one sock vertically before you. Place the other sock horizontally over the top. It should form a cross.

Turn the socks over. Repeat with the other sock, fold it up and over, and insert the toe into the hole.

Now you have folded socks to place in your drawer.

Towels are bulky items that can easily take up a lot of space if not folded properly when stored. By folding them correctly the towels will not take excess space on your shelves allowing you more room on your shelf.

Lay the towel on a flat surface and position yourself towards the middle of the towel.

The towel should be folded into thirds like a piece of paper.

Fold the towel in half and then in half again. Flip the towel over. It’s now ready to place on a shelf with the folded edges out.

Cluttered and messy underwear takes up extra room. So let’s discuss how to fold underwear to save space in your drawers.

Fold the underwear to the width of the crotch by folding the right side in about an inch and then folding it over the crotch. Do the same for the left side.

Fold the underwear into thirds by folding the bottom up to about a third and then folding it once more. Your underwear is now ready to place in your drawer.

Is It Better To Roll Or Fold Clothes For Storage?

Rolling thin clothing such as T-shirts, pants, casual dresses, swimsuits, and PJs will save space. However, rolling bulky clothing like sweaters and sweatpants takes up more room in a wardrobe than it would if they were folded.

Does Rolling Clothes Save Space In Drawers?

How Does Marie Kondo Fold Clothes?

Marie Kondo folds clothing in the most efficient way to ensure that it will stand upright in a drawer. This way it is easy to see and access all of the clothing items, without having to dig through your drawer. 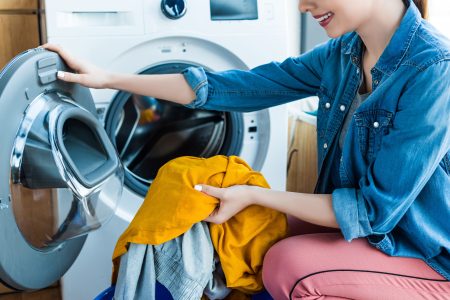 Why and How to Get Mold out of Clothes 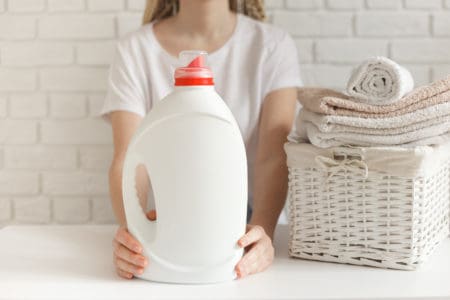 Should I Use Fabric Softener? (7 Green Alternatives) 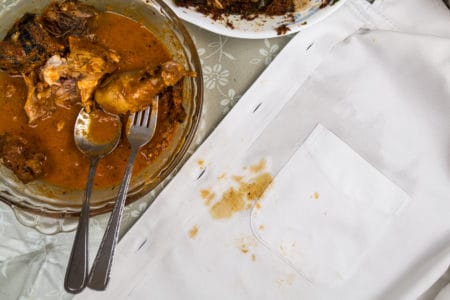 How to Remove Curry Stains (In a Flash) 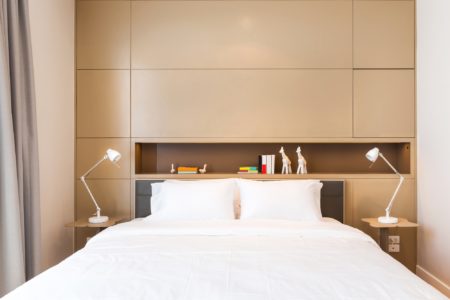 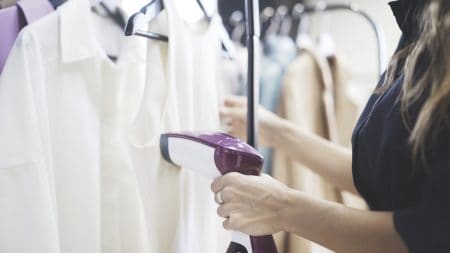 How to Steam Clothes 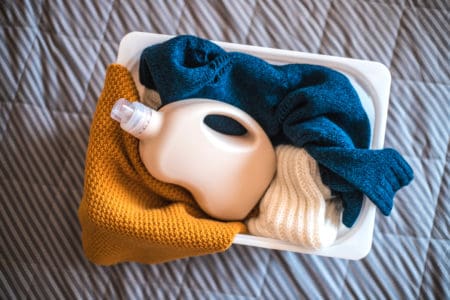