You’ll also need to know how to move the heavy machine safely and whether you need an extra person to help. So today we’re discussing just how heavy a washing machine is.

How Much Does a Washing Machine Weigh?

How Much Does a Washing Machine Weigh?

A small washing machine may only weigh 99 pounds while an extra-large machine can weigh up to 300 pounds. The reason is that the washing machine’s weight varies with the size of the machine, its capacity, and the type of washer.

In addition, a front load washing machine tends to be heavier than a top load washer. It uses less water and so more weight, or counterweight, is needed. This way your washing machine has enough balance and movement control not to dance across your laundry room floor.

Here’s a chart showing the average weight of various styles of washing machines.

How Much Does a Washer Weigh?

How Much Does a Washing Machine With Water Weigh?

This means that an old-fashioned washing machine that uses 40 gallons of water would increase its weight by 332 pounds. It weighs around 467 pounds, not counting the additional weight of the clothing itself. With laundry added, the total weight could be as much as 485 pounds.

However, the new front load high-efficiency washers may only use 14 gallons of water to run a cycle of laundry. It only increases its weight by 117 pounds. An average front load washing machine filled with water will only weigh around 322 pounds.

How Much Does a Load of Laundry Weigh?

The clothing added to a laundry machine does not add as much weight as the water and machine itself.

The weight of the clothing added to the washing machine will add to the weight of a washer as well. A small-capacity machine may only fit around 6 pounds of clothing into it.

Why Are Washing Machines So Heavy?

Washing machines are heavy for several reasons. A light machine is not able to withstand the force of the washing cycle. So the weight is needed to be sure that a washing machine doesn’t start dancing a jig across your laundry room floor during the spin cycle.

All of these parts add up to one extremely heavy machine.

How Much Does a Dryer Weigh?

You will not need to worry as much about how much your dryer weighs, as dryers will not have the additional weight of water being added to the machine. Also, dryers do not vary as much in weight as washing machines do.

A smaller dryer will only weigh around 100 pounds while a large dryer may weigh as much as 170 pounds. The average dryer usually weighs around 124 pounds.

Tips For Moving a Washing Machine 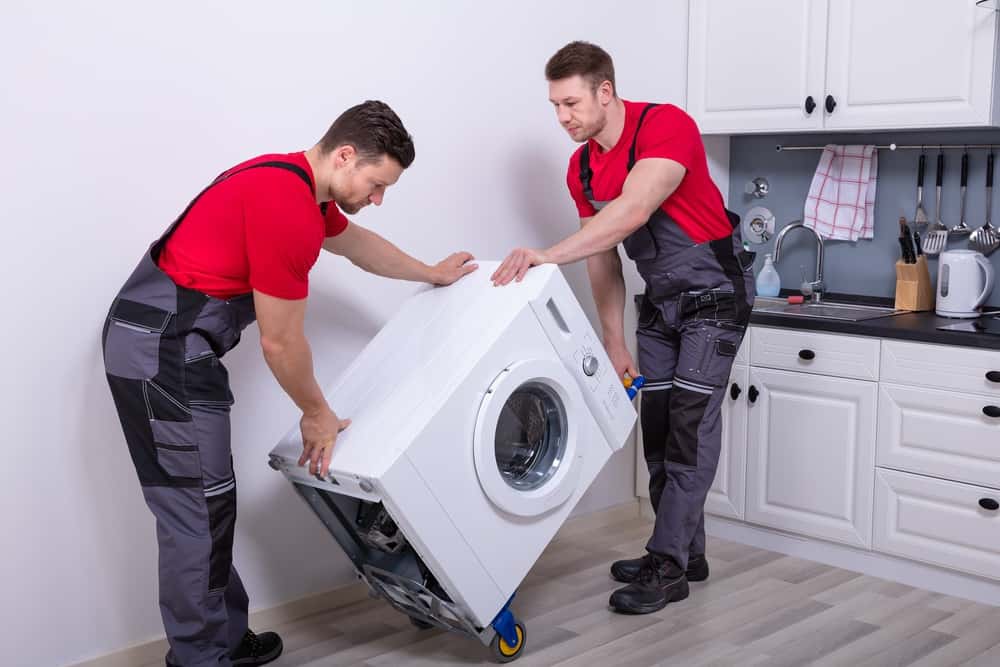 Be careful when moving a washing machine as they are heavy. Here are a few tips that will help you move your washer safely. 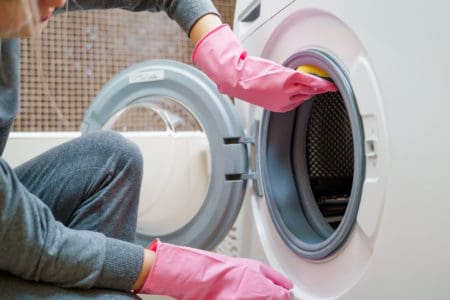 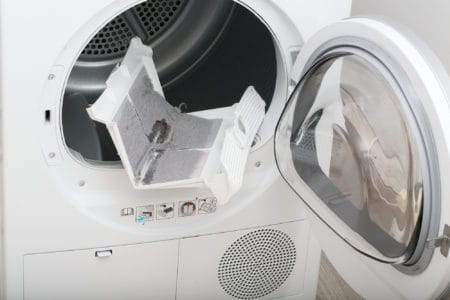 How to Clean a Washing Machine Lint Filter 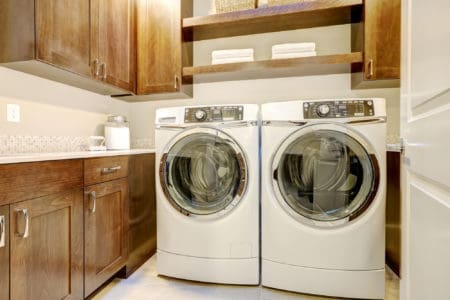 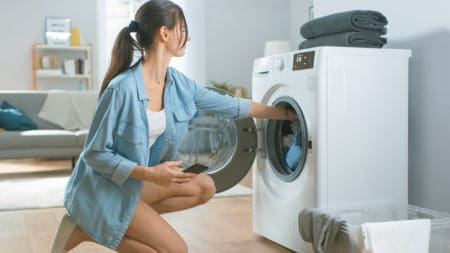 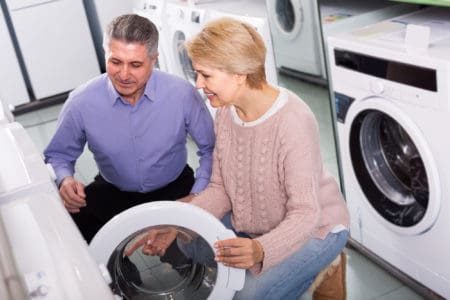 What Size Washer Do I Need for My Family? 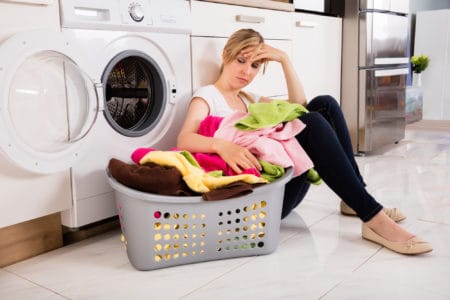