If you’ve been trying to remove pollutants, dust, and pollen from your home, you’ve probably considered an air purifier. But in your search, you may have come across an air ionizer.

Ionizers work differently from traditional air purifiers with filters, but the real question is: are they better? And, are they safe?

There are some controversies around air ionizers. We’re here to answer: what is an air ionizer? How effective are they? And should you buy one?

What Is an Air Ionizer?

Air ionizers are also commonly known as ionic filtration or ion generators. They work by emitting negative ions into the room, which bind to positive ions such as dust.

Unlike regular air purifiers — which use a fan to draw air in — ionizers only emit a cloud of negative ions. There are two common ionizer types: Electrostatic precipitators and ion generators. Let’s take a closer look.

Electrostatic precipitators are often sold as standalone units. These don’t have a fan to draw air in. They disperse ions through corona discharge.

This is an electrical discharge caused by the ionization of a fluid. The negative ions then bind to particles in the air and are collected on an oppositely-charged flat plate (1).

After, you remove the collection plate and wipe it clean. This method is popular because you get to see the unit in action. Electrostatic precipitators are also generally more affordable than ion generators and air purifiers.

Ion generators are more versatile and can be found as standalone units. They may also be a built-in feature of regular air purifiers.

These ionizers produce ions via UV lights or corona discharge. Unlike precipitators, though, many ion generators do not use a collecting plate.

So when ion generators are a feature on a filter air purifier, it most often doesn’t have a collecting plate. Manufacturers often draw customers in on this basis as you won’t have to deal with a plate.

Since there is no place for the pollutants to be collected, where do they go? This is where ion generators fall flat. Once the negative ions have bound to the particles, they become too heavy to float in the air.

Instead, they’ll drop to the closest oppositely-charged surface. This means you’ll end up with dust and other airborne pollutants on your bed, couch, walls, carpets, and more.

Worse yet, because the pollutants now linger on other surfaces, you’ll need to clean more often.

Many homeowners fail to understand that ionizers produce ozone as a byproduct (2). Ozone is the layer that protects us from the sun’s UV rays. However, as the EPA puts it: “Good up high, bad nearby” (3).

Ozone is usually formed outdoors when nitrogen oxide and volatile organic compounds react to the heat of the sun. At ground level, ozone can be harmful to our health. It can trigger a line of health problems, mainly respiratory issues. This ozone is also a main component of smog, which covers many large cities across the globe (4).

Indoors, ozone is produced by air ionizers (if you have one in your home). As mentioned above, ionizers commonly use corona discharge to emit negative ions. However, the gas emitted by corona discharge can be toxic to humans and the environment (5).

You may wonder how these products are still being sold. Regulations have been put in place. Despite this, many manufacturers fail to warn their customers of the potential side effects of ozone.

Consumer Reports tested five of the most popular ionizers on the market. The magazine found that the devices produced more than 50 parts per billion (ppb) of ozone. Any ozone exposure of over 50 ppb is considered moderately concerning, especially for children, the elderly, and individuals with asthma (6).

How to Protect Yourself and Your Family

If you want to purchase an ionizer, there are a few points to remember. Some manufacturers work hard at producing ionizers with a limited ozone emission. You can even find air purifiers with an ionizing feature that does not produce ozone.

However, you should steer clear of any product where ozone isn’t mentioned in the description. These manufacturers are more likely to be hiding the truth due to fear of loss in sales.

We highly suggest you look for CARB-certified air purifiers with an ionizing feature. Being certified by the California Air Resources Board, you can be sure that the unit only produces small amounts of ozone. For an ionizer to be CARB certified, it has to meet the limit of 0.050 parts per billion of ozone emission (7).

How Effective Are Air Ionizers?

How effective an air ionizer is depends on the type. Units with a collecting plate are more effective compared to those without. This is because they collect pollutants, whereas devices without collectors can leave a mess behind.

When your device doesn’t have a collecting plate, the effectiveness depends on you.

If you fail to clean your house or the area surrounding the ionizer, you might not notice any difference. But when the heavy particles are stirred — maybe you sit on the couch, or someone jumps on the bed — the pollutants are reintroduced into the air.

Some high-end air ionizers can cover large areas of up to 2,000 square feet. However, most are only able to cover up to 600 square feet.

The main difference between air purifiers and air ionizers is how they remove impurities from the air. However, there are also other ways the two air cleaners differ:

Filter vs. No Filter

Air purifiers are generally fitted with a HEPA filter. These range in quality from HEPA-type to true HEPA. Filtered devices utilize a small motor that sucks air in and passes through different filters. How many filters a device has is usually disclosed as filtration stages, such as two-stage or three-stage.

You’ll likely find an activated carbon filter along with the HEPA filter. This filter absorbs odors as well as gases such as VOCs.

Once the air has passed the filters, it’s dispersed back into the room. Some devices will do this from the back, top, or all around the sides. You often get smart features such as an auto mode that monitors the air and adjusts the fan accordingly.

Ionizers, on the other hand, send out electrically charged ions that bind to pollutants in the air. The pollutants are collected by an oppositely-charged plate or left on any surface within the room.

Filtered air purifiers are most effective at cleaning an area of up to 1,000 square feet, some covering more. However, this depends on the size of the unit, so you must always check the description.

Filtered air purifiers are also more expensive to maintain. The filters require regular replacement for the device to work effectively. This is often done every six to 12 months — some air purifiers feature washable or reusable filters.

In comparison, because ionizers don’t have filters, there’s nothing to replace. The only maintenance you’ll be doing is wiping the collecting plate. If there’s no plate, you’ll simply sweep and dust the house more often.

Ionizers have a very limited style, with most being slim and vertical in design. Most ionizers are also compact and made to stand in corners or any other location out of sight.

Filtered air purifiers, on the other hand, come in a range of sizes and shapes. The size is usually related to the unit’s room coverage. Smaller units are designed for smaller rooms such as offices and nurseries.

Should You Buy an Air Ionizer?

It’s a personal choice. However, considering the risks and the points mentioned above, we don’t recommend it for everyone.

Not only is there a risk of ozone being emitted into your living area, but they’re also not as effective as filtered units. Unless the ionizer features a collecting plate, you’ll be left with dusty surfaces that require additional cleaning.

Despite ionizers being recommended to asthmatic individuals by manufacturers, experts advise otherwise. In fact, due to ozone production, the device is more likely to cause irritation, symptoms, and attacks than the pollution itself.

You can find filtered air purifiers with an optional ionizer; these usually don’t produce any significant amount of ozone. However, the ionizing feature isn’t as effective as an actual ionizer. These features are sometimes added to an air purifier to justify a higher cost.

Does an Ionizer Remove Odors?

Ionizers are not effective at removing odors. The negatively charged ions the device emits will bind to larger molecules in the air, such as dust and pollen. However, it will leave most odor-causing molecules behind.

Are Air Ionizers Bad for Health?

Whether or not an ionizer is bad for your health depends on a few factors. First, the production of ozone is a harmful byproduct. Although this is in relatively small amounts in some cases, it’s still introduced to your home.

Ionizers have also proven to worsen allergies and asthma in some cases. Not only does the ozone become a lung irritant, but allergens and dust left behind can trigger symptoms (8).

How Long Should I Run My Ionizer?

Does an Ionizer Help With Cigarette Smoke?

An ionizer does help with cigarette smoke because it separates the particles and makes them easier to extract. It works by negatively charging positive particles, making them fall to the floor, and removing them from the atmosphere.

How Do I Know If an Ionizer is Working?

To know if your ionizer is working, place your hands a couple of centimeters away from the ionizer and feel for the gentle ionic wind. Alternatively, put your ear near the ionizer and listen for a slight sizzling sound.

Do Ionizers Have a Smell?

Ionizers do have a particular smell. As they release the negative charge, they emit the scent of ozone, which is not particularly healthy.

Air ionizers have been on the market for decades, even though they produce ozone as a byproduct. There are two main types of ionizers, the most popular being the electrostatic precipitator. This type utilizes a collecting plate that collects air pollutants.

However, more often than not, pollutants are left lingering on the nearest surface. This causes allergens and contaminants to continue to affect us as we inhale the particles.

We generally do not recommend ionizers, but if you choose to purchase a unit, ensure it’s certified. Look for low-zone emissions in the description and potentially a CARB certification. 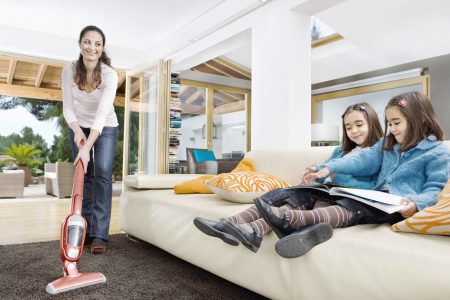 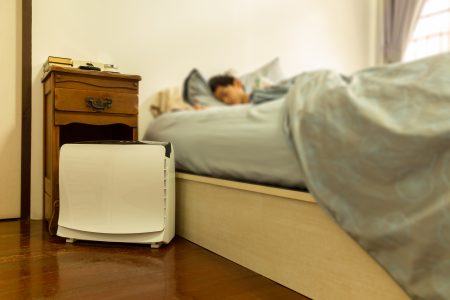 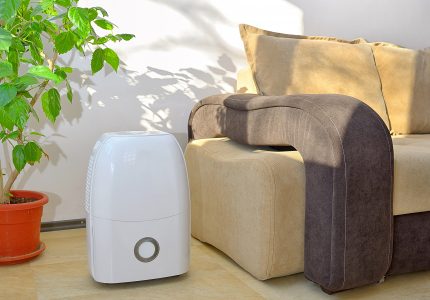 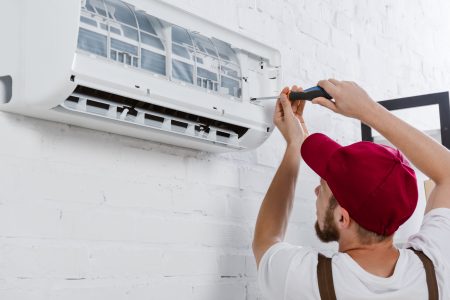 Is It Time? Here’s How Often to Change Your Air Filter 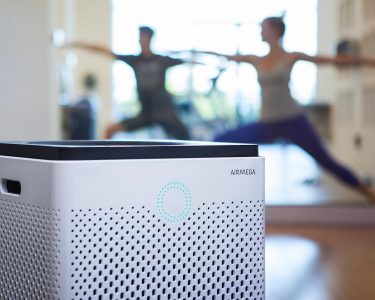 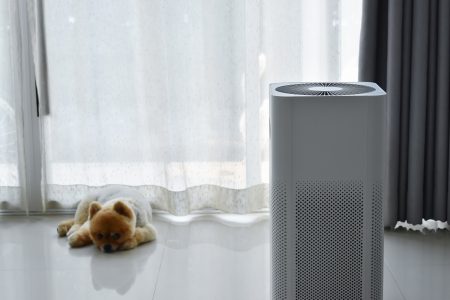 The Best Air Purifiers for Allergies and Asthma